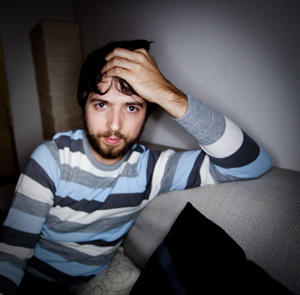 Gilberto Domingues Lontro is a European-based photographer, videographer, designer and web producer. He delivers visual communication that overcomes barriers and pushes boundaries in a social-media driven climate. (He also helped invent the Internets, but he signed a confidentiality agreement so he can’t write about it.)

Gilberto works at FDI World Dental Federation in Geneva, Switzerland since 2016 as a graphic designer and multimedia specialist. He regularly creates print and online media and produces visuals for the website and other digital touch points. He always works to uphold visual guidelines, while generating new looks in campaign-driven micro-sites and specialty publications. As the in-house photographer, he often works quickly to generate new photo content through concept-driven photo shoots or finds fresh ways to document meetings and events.

Gilberto was born in Coimbra, Portugal, and studied Communications and Multimedia at McMaster University in Hamilton, Canada. He has worked in Canada, Portugal and Switzerland, in private production companies, television, newspaper, radio, and in the non-profit sector. He communicates natively in English and Portuguese, and is fluent in French and Spanish.

His work, in film and photography, has taken him across the world from Central and South America to the Middle East to Asia. In 2010, he launched his first photo exhibition, entitled Snap! Gilberto also works as a freelance photographer and videographer – he’s always eager to collaborate with other artists in new and diverse media projects.